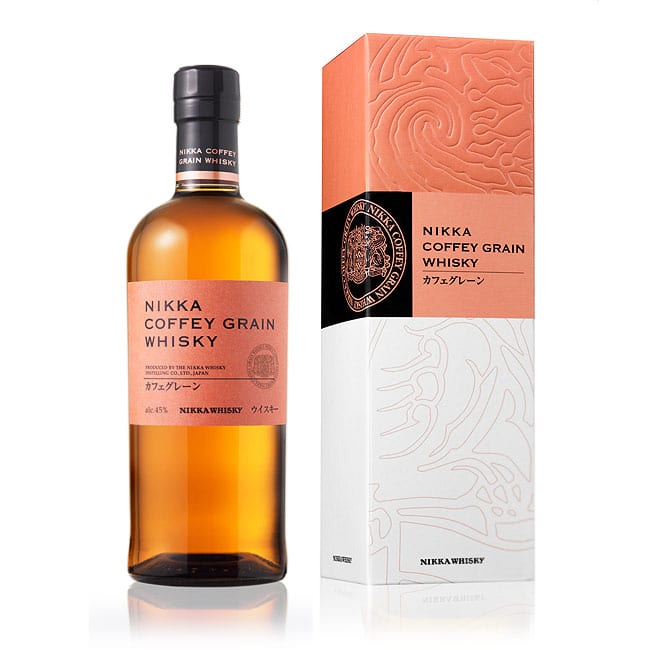 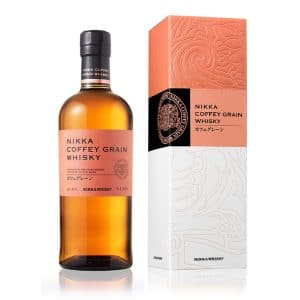 Nikka Coffey Grain is a deeply flavored grain whisky made using the rare Coffey still. Compared to ordinary grain whisky, the sweetness derived from the raw materials is more pronounced because of the Coffey method.

The Coffey still used at the Nikka Whisky Miyagikyo Distillery is a continuous column still, which is rare in the world.

This distillation machine was invented in 1830, and is used to make traditional grain whiskey. It is called “Coffey still after its developer, Enias Coffey.
The current mainstream continuous distillers, which are the mainstream today, can increase the degree of alcohol purification, but they also remove the flavor components. On the other hand, the older and less efficient “coffey-type continuous distillers” retain the aroma and ingredients derived from the raw materials in the distillate. The distillation machine was “extremely old-fashioned” even in 1963 when Masataka Taketsuru, the founder of Nikka Whisky, introduced it.

Where to buy Nikka Coffey Grain?

It can be bought at The whisky exchange.

Yes! It is an original and deeply flavored grain whisky.

No. Although the rare and limited releases previously issued, it is now a larger release from Nikka.

What is the difference between Nikka Coffey grain and malt?

The Coffey grain is mainly made from corn. The Coffey Malt is made from 100% malted barley.

Is Nikka Coffey grain a bourbon?

This is not “Japanese Bourbon” but not far from it with Bourbon-like vanilla and corn notes.