Single malt whisky from Islay is undoubtedly one of the best types of Scotch whiskies that are produced. The Islay whiskies are known for their peatiness. The only exception to this are single malt whiskies from Bruichladdich and Bunnahabhain which are very light to taste. Also every year Caol Ila produces an unpeated single malt whisky. 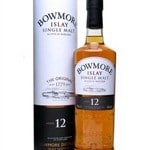 Bowmore 12yo is the classice Islay single malt. It is a delightful smooth malt with a nice balance of sweetness and smokiness. 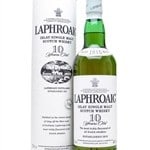 Laphroaig 10yo is a fine example of what it means to be a peated single malt whisky. There is a hint of sea and salt in this Scotch whisky, with a strong peat flavour.
IWSC 2012 – Gold Medal – Whisky – Scotch 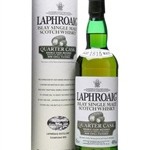 This is a great value Laphraoig single malt. It has been matured in a quarter cask, which gives it a mellowness. This was how single malt was produced 100s of years ago. 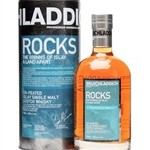 In 2007 the Bruichladdich Rocks single malt was introduced. It’s called ‘Rocks’ because it’s been designed to be taken with ice. 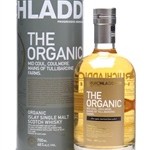 Made with organically grown barley, this second edition of Bruichladdich’s single malt has all the features that we’ve come to expect from Bruichladdich. This hasn’t been wine finished. A delightful single malt. 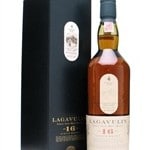 This single malt represents Islay in the ‘Classic Malts’ series. Lagavulin is deep, dry and exceptionally peaty single malt. Not for the faint of heart! 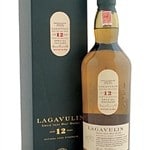 This is a fresher single malt that the standard release. Well worth a try 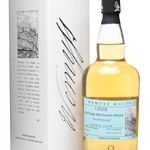 A single cask Caol Ila from 1991. You can expect some smoke and peat from this special edition

To view more single malt whiskies from Islay distilleries, then click on the link below

So what makes Islay whiskies so special?

There is a large amount of peat on Islay. This affects the water, which on Islay is brown. Even the water in the streams is brown. Also because of it’s geographical location the island is battered by  strong winter gales which drive salt spray far inland. This soaks into the peat and ultimately affects the flavour of the single malt whiskies. This makes Islay single malt whiskies very unique.

There are eight Islay distilleries. All of them are on the coast and thus are affected by the salt laden winds coming in off the Atlantic ocean. Islay produces some of the strongest flavoured malt whiskies, creating an almost cult following amongst whisky drinkers.

All Islay’s Malts have a dry finish.

To find out more about whisky produced in Islay then please click here.