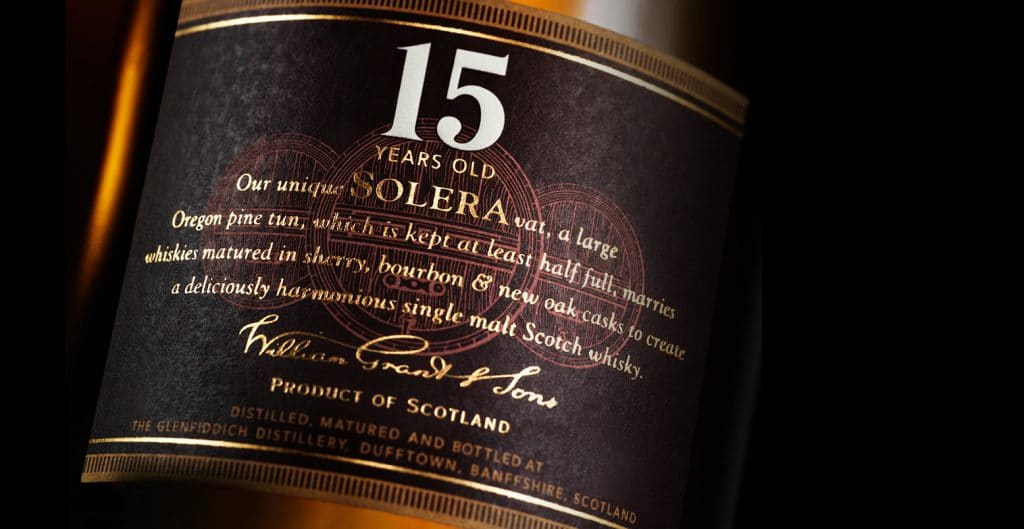 Glenfiddich (meaning ‘Valley of the Deer’) is the largest producers of single malt whisky in Scotland. Situated in the Speyside Scotch whisky production region it produces some 10 million litres of whisky annually. The whisky distillery was founded by

Glenfiddich produces a number of single malt whiskies, so what makes the 15 year old malt whisky so special?  The whisky is matured in three types of oak cask: sherry, bourbon and new oak. Then it is finished off in Glenfiddich’s unique, handcrafted Oregon pine Solera vat. The Solera vat is never emptied and is always kept at least half full. This creates a deliciously harmonious and intense whisky which gets more complex and intriguing every year.

This results in a delicious whisky that is described as “full and fruity nose, with delicate honey and vanilla notes”. The taste is elegantly smooth, with a deep flavour that reveals fruit, gentle spice and a touch of oak. The finish is long and satisfying.

It has won many whisky awards, the latest being in 2010 when it won silver in the Scotch Whisky Masters.