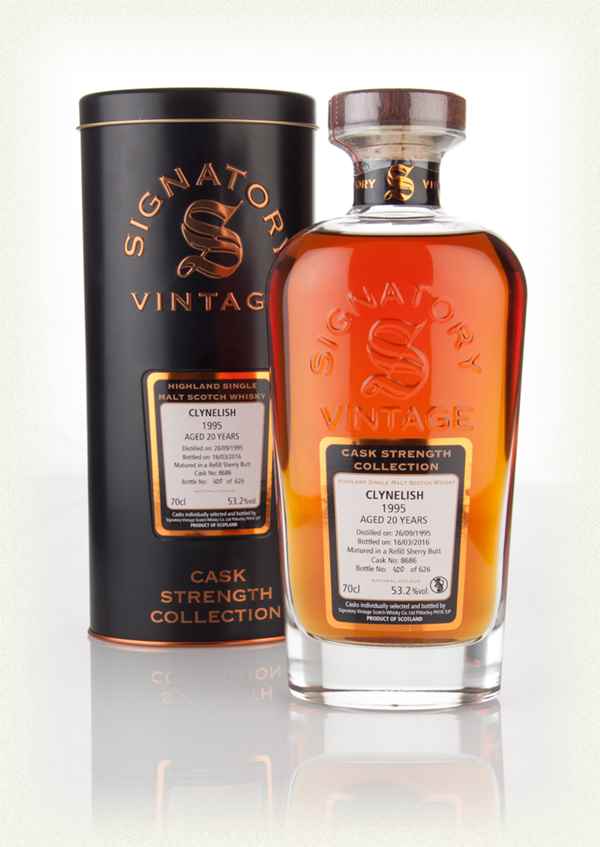 Recently in October the online whisky shop, The Whisky Exchange hosted its annual Whisky Show in Vinopolis, London. To say that the show was a success would be an understatement. With over 500 different spirits on offer and different representations from various whisky distillers like Glenfiddich and Balvenie, it’s hardly surprising that everyone enjoyed it so much. In recent blogs we wrote about what happened (See: Whisky Show Report and What’s Happening at the Whisky Show).

The Best Single Malt Whiskies at the Whisky Exchange

They are divided into categories: Signatory Bottlings, Elements of Islay, SDL Bottlings and TWE (The Whisky Exchange) Bottlings. (To buy the whiskies, just click on the picture) 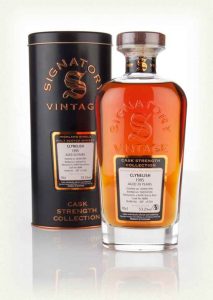 In top place is Clynelish 1995. It’s a 17 year old whisky matured in a sherry cask. It weighs in at a whopping 56.2%. So a few drops of water would definitely be recommended before drinking!. It is described as a rich single malt with hints of fruit and spice.

Top of the list for elements of Islay is PI2. This 50cl bottle is sold at full proof at 63.4%. It is heavily peated with sherry overtones. This was the big hit at the Whisky Show in 2013. It’s so popular that TWE is only able to sell one bottle per customer.

This one was chosen by the Whisky Exchange owner. It’s Clynelish 1996 and is bottled at 56.1%. It’s a typical Highland single malt with sweet tones and rich full flavour. There’s also a saltiness that comes through as well.

The top whisky bottled by TWE is Ledaig 7 Year Old. Matured in a Sherry Cask and comes with a Retro Label. This is another big peaty whisky. It’s from the Tobermory distillery in Mull and this year was a big hit with customers. There are distinct flavours of peat and sherry coming through, and although it’s only a 7 year old whisky, this one has the feeling that it’s much older. It’s bottled at 59.4%

The Best from The Whisky Exchange Online Shop

This is just a small sample of what’s available at the Whisky Exchange. If you are a single malt lover, then it’s definitely the place to buy whisky online. They offer worldwide shipping and exclusive deals on single malt whiskies from all over the world.