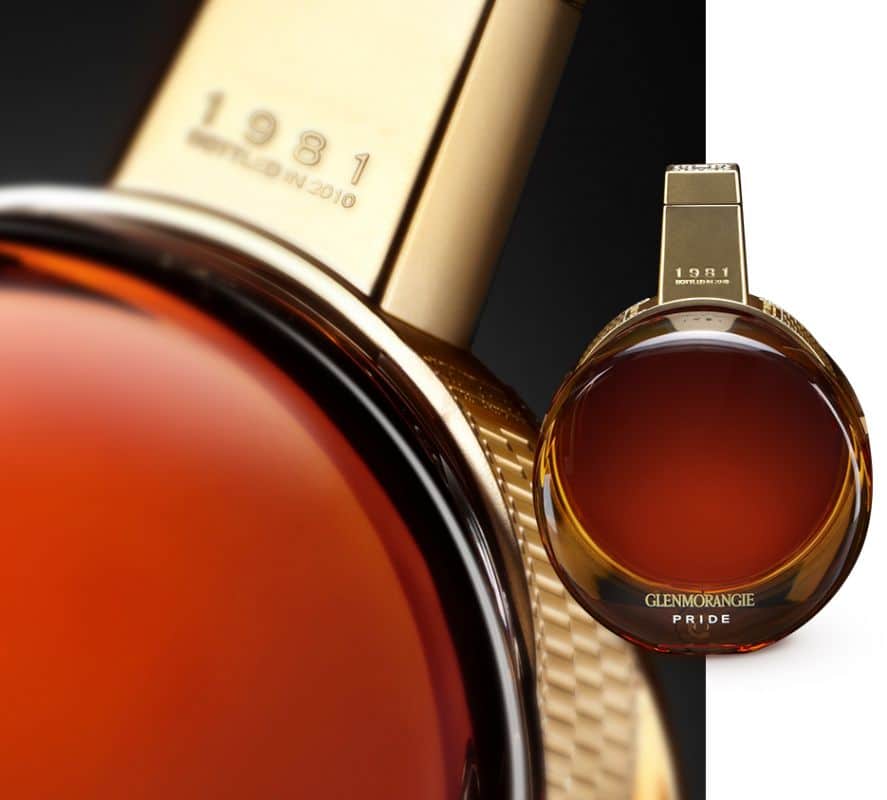 Continuing our blogs of the best single malt whiskies of last year, we now come to the Highland Single Malt Whisky category. This one goes to Glenmorangie Pride 1981 for it’s almost perfectness.

It must be said that Glenmorangie Scotch whisky distillery were pioneers in the field of ‘finishing’ whisky in casks that had once held other wines and spirits. So Glenmorangie never fails to disappoint when it comes to great single malt whiskies.

The Glenmorangie Pride 1981 lives up to it’s name. It was created by first of all maturing the spirit in bourbon casks for 18 years and then in to wine casks which used to hold sweet white wine. These casks were about 200 litres in size which is small for whisky casks (usually about 500 liters). This means that more whisky is in contact with the oak therefore giving a deeper flavour. The whisky matured in these for about 10 years.

This has become a popular method for ‘finishing’ whiskies – using former sweet wine casks from Bordeaux. It results in a very harmonious flavour which doesn’t overpower the character of the whisky.

Glenmorangie Pride 1981 is the oldest whisky on sale from the distillery – 28 years old.